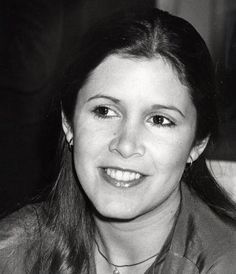 Although this post may not seem relevant on a blog devoted to caregiving and the myriad aspects and factors that come into play in the development of dementias and Alzheimer’s Disease, I assert that, in many ways, it is entirely appropriate.

It serves as both a cautionary tale, which Fisher herself told in many ways and many times over the course of the last 30 or so years, and as a fond goodbye to a lady, who despite her many mistakes and many flaws, has left a legacy of character traits to respect.

This blog has many articles about the destructive and cumulative impact of lifestyle choices on both neurological health and physical health. Carrie Fisher’s life – and death – is a testimony to the consequences – often decades after the choices have been abandoned in favor of better and wiser choices – and the damage that can’t be undone.

When I heard on Friday, December 23, 2016 that Carrie Fisher had gone into cardiac arrest and was unresponsive on a flight from London to L.A. that was 15 minutes out from landing, then an indeterminable amount of time passed after landing (I would guess a minimum of 15 minutes, but perhaps more), and emergency responders worked an additional 15 minutes using “advanced life saving techniques” just to get a pulse, I knew Carrie Fisher died on that flight.

I also knew that even with a faint pulse – she was put on life support at the airport – there was no coming back, neurologically, from at least 45 minutes of oxygen deprivation.

At best, Fisher was brain-dead. At worst, she was completely dead except for the machines simulating life until her family got to the hospital and/or had the courage to say their goodbyes and let her finally rest in peace.

Carrie Fisher was no saint and never pretended otherwise.

But one thing I respected about her was that she owned, not only the bipolar illness that she didn’t ask for and battled most of her adult life, but also the choices she made, some of which led to serious heart damage and Fisher’s fatal heart attack at the age of 60.

If Carrie Fisher could speak from the grave, I have no doubt that she’d say her heart gave out prematurely as a direct result of years of substance abuse and addiction.

And that was something else I respected about her. As she matured into adulthood, she took full responsibility for her mistakes and her bad choices and the consequences they carried with them. She didn’t look for scapegoats nor did she try to justify them or make excuses for them.

While there were setbacks, especially in the area of mental illness, Carrie Fisher kept trying to the day she died, getting up over and over again (only she and God know the full gambit of what that looked like), no matter how many times she fell.

Those are character traits I respect as well. Carrie Fisher didn’t give up or ever give up trying. It must have been absolute hell at times, but she endured and persevered no matter how bad it got or she felt. 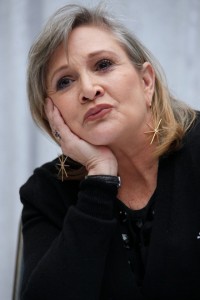 On-screen, Carrie Fisher left an example to girls and women through the Star Wars franchise of a smart, capable, and fearless young princess in 1977 who had developed into a life-seasoned, strong, and sagacious commander by 2015.

What is perhaps less obvious, though, is that off-screen, Carrie Fisher’s real life followed a very similar, in the balance, trajectory.

And so, until that day when you are awakened to total healing, mentally, spiritually, emotionally, and physically, sleep well, Carrie Fisher.