The results of a recent research project at the University of Louisville showed that a simple visual test could be an early predictor of later dementia risk in people with the genes associated with inherited predisposition to developing dementia.

Using a unique graphic characters called Greebles, researcher Emily Mason, who ran the study, asked study participants, who were between 40 and 60 years old, to identify which of the four Greebles in the picture below was not like the other three.

Try it yourself. At the end of this post, I’ll give you the correct answer. 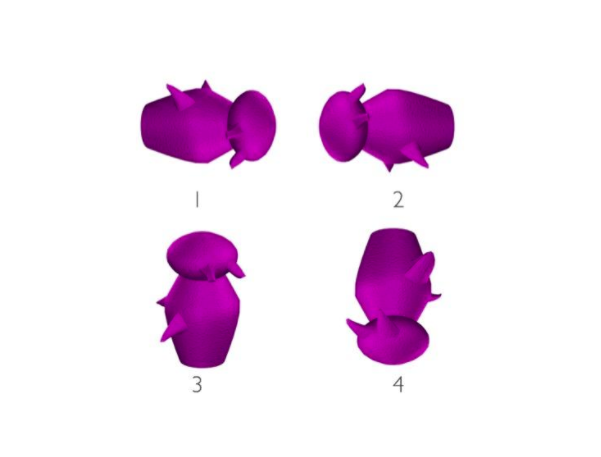 Before conducting the study, Mason had separated participants into two groups: one group had a suspected genetic predisposition to developing later-life dementia (at least one biological parent had dementia) while the other group did not (no immediate family history of dementia).

Both groups showed similar abilities in identifying the objects, faces and scenes depicted in the picture.

For the participants in the study group without a suspected genetic predisposition to developing later-life dementia, 78% failed to identify the Greeble that was different from all the others.

However, members in the study group with a suspected predisposition to developing later-life dementia showed a higher rate (87%)) of cognitive failure in recognizing the subtle and slight change that distinguishes one of the Greebles from the other three.

The value of studies like these is that the neurological changes associated with dementia begin decades before the manifestation of the obvious symptoms that mark the steps in the dementia journey.

Researchers, therefore, hope that early intervention strategies that target certain areas in the brain can be developed to lessen or minimize the eventual damage that occurs as dementia develops largely undetected over time (currently, by the time a dementia diagnosis occurs, substantial neurological damage has already happened).

As promised, the answer to which Greeble is different from all the others in the picture above is number 4. The two protrusions on the face are pointed instead of being flat as they are on the other three Greebles.