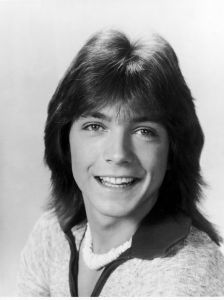 David Cassidy was a singer, songwriter, and guitarist, who catapulted to fame as Keith Partridge in the 1970’s television show The Partridge Family.

Although Cassidy aspired to have the musical chops and freedom of Mick Jagger (The Rolling Stones) and John Lennon and Paul McCartney (The Beatles), his long-running stint on The Partridge Family relegated him to performing “bubblegum” music. It was something he hated, but depended on after the TV series ended to continue to make a living. END_OF_DOCUMENT_TOKEN_TO_BE_REPLACED

One of the lifelong struggles we, as human beings, do – or should be doing – battle with is being consistently honest both with ourselves (I submit this may be the hardest part of this battle because our capacity for self-deception seems to have no limits) and with others.

I have written here before about the interconnected relationship between honesty and trust. When we are dishonest with someone, we break their trust. END_OF_DOCUMENT_TOKEN_TO_BE_REPLACED