I’ve read several news articles about the new king of Saudi Arabia, Salman bin Abdul-Aziz Al Saud, that confirm that he has dementia.

King Salman’s ascent to power is essentially a coup from rival family factions in Saudi Arabia. Alastair Crooke wrote a two-part insightful look into Saudi Arabia’s history in terms of the fundamentalism versus modern fight that has Islam as its backdrop: Part 1 and Part 2.

King Salman and his family (many of whom he has already put into power in direct opposition to King Abdullah’s express wishes for the new government) are much more closely tied to the very strict and fundamentalist Wahhabi sect of Sunni Islam than King Abdullah and his family.

These closer ties to Wahhabism could mean earthquake-like shifts in the geopolitical dynamic in the Middle East and with the West in very quick order.

But I cannot help but wonder how King Salam’s dementia will factor into the mix. My educated opinion is that King Salam will simply be a figurehead with the other people who’ve been brought to power making the actual policies and decisions.

And that’s very, very dangerous for everybody involved. 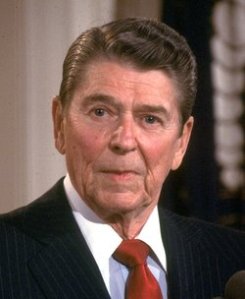 Americans don’t need to look too far back into their own history and Ronald Reagan’s presidency (it was clear to everyone who was around President Reagan a lot during his second term in office that he was suffering from dementia) to see this in action and how it began the continuing downhill slide of government and began the complete erosion of trust in and trustworthiness of anything related to government.

Will Saudi Arabia – and the world – experience an ever greater cataclysmic effect with another ruler with dementia at the helm?