Here in the United States, most of the country ended Daylight Savings Time (DST) at 2:00 a.m. on Sunday, November 5, 2016, which moved our clocks back an hour.

It’s, quite simply, for me, a syncing issue and perhaps a good bit of the Winston Smith in me that remembers what time it really is (I usually spend about a week looking at my watch and saying “it’s really X time, not Y time).

I haven’t heard of anyone else who deals with this particular issue, but I do believe that we all deal with the syncing adjustment to the new time in both March and November.

The history of Daylight Savings Time (DST) is interesting (Canada first proposed DST in 1908 and Germany was the first country to use DST in 1916). However, the reasons for implementing DST were not altruistic, but often nefarious and the result of greed.

In modern history, the Industrial Revolution and the increased profits that longer hours of daylight offered was one key factor in DST being adopted by Western countries. 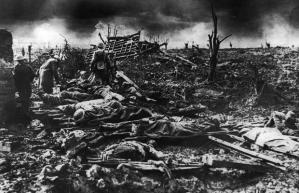 The other key factor has been global wars. When Germany adopted DST in 1916, the world was immersed in the middle of World War I. Germany saw an opportunity to save critical fuel needed for their war effort by increasing the number of hours of available light during the day by a time change.

The United States adopted one year of “Fast Time” during the same war for the same reason when President Woodrow Wilson signed legislation authorizing it (it was repealed seven months later, but some of the big cities continued to use DST).

The rest of the Western world adopted DTS during World War II (President Franklin D. Roosevelt instituted year-round DST in 1942) for the same reason and also to give a “natural” boost to the booming war economy that required 24/7 manufacturing to gain the military advantage.

The United States adopted an annual DTS (state participation was and is optional, which is why Arizona and Hawaii do not change times twice a year) policy with the U.S. Uniform Time Act of 1966, in which Daylight Savings Time began the last Sunday in April and ended the last Sunday in October.

With the passage of the U. S. Energy Policy Act of 2005, which extended DST by about two month, the United States adopted the DST period of time that we now have to deal with each year.

As those of us who are caregivers for loved ones with dementias and Alzheimer’s Disease know all too well, any kind of routine or schedule change, including the beginning and end of Daylight Savings Time, wreaks havoc on our loved ones. 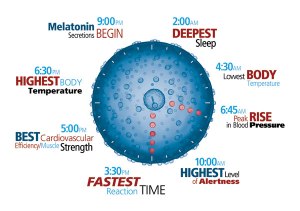 Much of the behavioral disruptions in sleep and restlessness that we see with both the spring and the fall time changes are related to circadian rhythm changes associated with dementias as well as shadows of memories that echo certain times of busyness during the day, which often evoke sundowning.

But DST also disrupts sleep and circadian rhythms in healthy people as well.

There has been quite a bit of research done on the immediate effects of DST on healthy people in this area of sleep cycles and circadian rhythm. The findings are sobering.

Looking at detailed traffic data in the United States since the last national DST change in 2005, researchers found a consistent yearly 17% spike in traffic fatalities on the Monday (compared to all other Mondays in a year) after Daylight Savings Time starts.

Consistent with my personal experience of it taking about a week for my body and brain to adjust to the time change, researchers also found, based on a 10-year analysis of traffic data in the United States, a significant spike in traffic fatalities in the first six days following the change to DST (302 traffic fatalities with an associated cost of $2.5 billion dollars).

Research has found that DST negatively affects health as well, especially within the first two days after the spring time change.

Since the human risk for strokes is greatest in the morning hours, it is very likely that the disruption to sleep cycles that DST produces is directly related to the higher odds of people, including cancer patients and the elderly, having a stroke within the first two days of the spring time change.

Along with the higher risk for strokes in the first two days after DST, researchers have found that people have a higher risk (10% increase) of suffering a heart attack on the Monday and Tuesday after the DST begins.

This too seems to be related to sleep cycle disruptions – on average, we lose 45-60 minutes of sleep when DST starts – because the body has a lot of adjustment to try to compensate for that, taxing the entire body for an extended period of time and increasing the risk of a major medical crisis or death.

There are undoubtedly even more subtle negative physiological changes – and increased physical and neurological risks – associated with DST that have yet to be uncovered.

While we can’t prevent the changes to and from DST, each of us on an individual level is responsible for our own physical health and our sleep health.

We can make personal changes that will facilitate better and healthier sleep so that when DST starts each year, we minimize our chances of suffering the higher health risks that are associated with the first week of the time change.

But will we have the discipline and self-control to make these changes?

Based on what I see all around, I don’t have much reason to believe that we know, we care, or we will.

I hope that I am wrong.